Gates vs Dayco: Which one is better?

Chirping is fine…if you keep any birds. For any car owner, though, this sound spells trouble.

More often than not, it calls for a belt change. Two of the best brands if you hear the chirps, as I call them, are Gates vs Dayco. 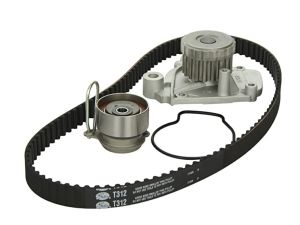 Everything in one place. Optimal performance, reliable manufacture, great warranty. 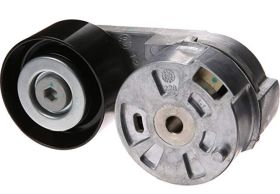 Which one would be a better and more reliable choice?

Alright, let’s get one thing clear first. There’s a very specific reason why Gates’ belts like like this one are more popular.

After all, Gates is the OE supplier to a lot of manufacturers such as AC Delco or NAPA.

On most American vehicles, Gates should be your primary choice in terms of general fit and compatibility.

On the other hand, Dayco belts are the OE standard for a lot of Toyota cars.

Both brands focus on several product lines and deliver relatively similar performance in all of them:

To some extent, I agree with people in this thread, though.

I’d call it a draw. The thing is, Dayco had those neoprene belts that were more susceptible to ozone degradation. At one point, they switched to EPDM rubber compounds too.

So right now, both Dayco and Gates go for EPDM belts that are more durable and significantly better in terms of quiet operation.

As I mentioned, Gates is a better fit for most US vehicles. This is what really matters, as a misaligned fit is what leads to unwanted noise and ‘chirps’ down the road. On some Ford models, for example, I’ve seen people complaining that the Dayco belt was too short.

Let’s look at a few other important factors to keep in mind. 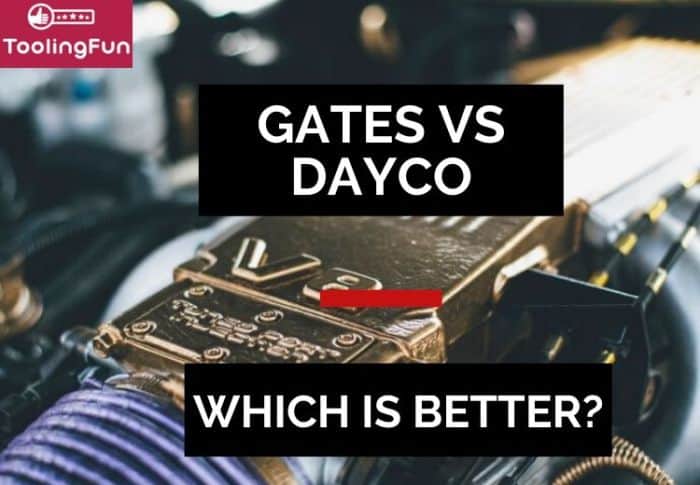 Everything in one place. Optimal performance, reliable manufacture, great warranty.

Gates belts vs Dayco:
Where are they produced?

I’ve seen a lot of people asking where are Gates or Dayco belts made.

As far as I know, Gates still manufacture their serpentine belts and a lot of their products in Arkansas. Obviously, that makes them a Made in the USA brand.

With their newer lineups, they’re aiming at expanding into Europe and China to meet demand. A press release from last year (here) states subsequent rollout on a global scale – first Europe, then Chinese facilities to come.

On the other hand, Dayco has already gone global in terms of their supply chain logistics. I’ve seen some people see anything from Mexico to China, Italy or other countries. I’m not sure if they manufacture their belts, specifically, in the US.

This one’s pretty important and can potentially ruin your newly bought belt.

Modern serpentine belts are made of EPDM material. If you use belt dressing on them, the rubber compound you have there will swell in time.

What happens is that initially, the dressing dampens any belt noise. You think that everything’s alright and then BAM!, the rib surface gets dry and that’s when the noise problems begin.

As your belt’s already tacky and contaminated, you either have to live with this noise or change the belt again.

Dayco themselves warn of this on their official site, and I’ve seen their marketing manager spread the word on community forums too. Live by this wisdom and don’t make mistakes!

A common issue is not the belt itself, but rather the pulley and tensioner. Hence why earlier I mentioned making sure your serpentine belt fits into your whole setup. A small misalignment can cause some serious chirping.

If you go with one of the two brands for your belt and you need a new tensioner, always stick to the same brand. That’s all I can say about idle pulleys or tensioners.

Gates vs Dayco hoses:
What’s up with them?

As far as radiator hoses go, Gates is one step ahead. Their lower or upper radiator hoses are slightly thicker. Dayco’s have thinner wall which might be an uh-oh moment for some applications.

Regardless, what matters here the most is the bending angle.

You should always pick the radiator hose that bends as close as your OEM hoses as possible.

As I mentioned, Gates is the go to choice if you drive a Chevy Avalanche or Silverado, a GMC Sierra, a Cadillac Escalade, most Ford SUVs too…In fact, most American carmakers. The fit and bend will be there, which is what you want to see.

For Dayco radiator hoses: check here for anything from curved to other parts.

Gates is the more popular choice for a reason, but don’t underestimate Dayco either. While Gates’ timing belt kits and radiator hoses are better (thicker construction on the later, great reliability on the former), Dayco serpentine belts are a worthy competitor.

At least you know that with both brands you’re getting a reliable aftermarket part. You can’t say that for most offbrand, seemingly cheap belts or hoses that can cost you a lot more in the long run.

Speaking of American vehicles and ACDelco, you can always read my comparison between ACDelco and its competitor Moog.

Have you used either Gates or Dayco? Let me know what worked for you best in the comments. 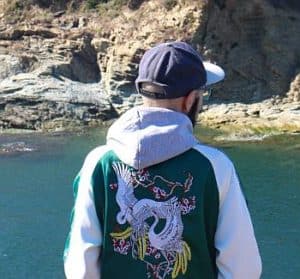